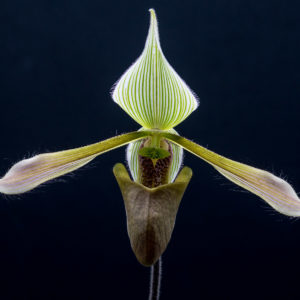 A truly great Paphiopedilum species from northeastern Borneo, in the Section Barbata.  There is believed to be a "highland type" and "lowland type" of Paphiopedilum dayanum, albeit with the usual controversy on the distinctions.  Based upon the descriptions that I have read, this plant is of the … END_OF_DOCUMENT_TOKEN_TO_BE_REPLACED 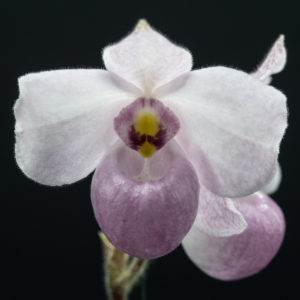 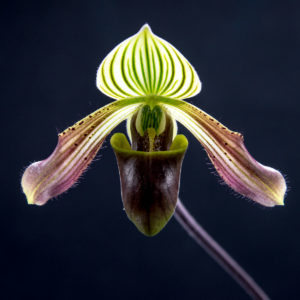 Paphiopedilum urbanianum is an uncommon species with beautiful foliage, and richly colored flowers.  The deep burgundy on the petals fades within a week of opening to a more muted rose, evident in the first and second set of photographs below. With our other mottled leaf Paphiopedilum, this … END_OF_DOCUMENT_TOKEN_TO_BE_REPLACED 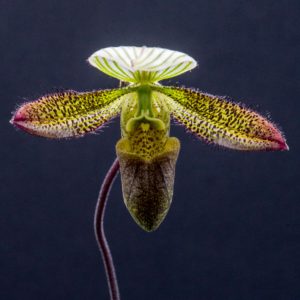 Paphiopedilum wardii is one of the cooler growing species within the "mottled leaf" foliage group of Paphiopedilum; most others in this group tend towards a warmer preference.  This species grows well warmer too, and currently resides with other mottled leaf Paphiopedilum in our warm room under LED … END_OF_DOCUMENT_TOKEN_TO_BE_REPLACED 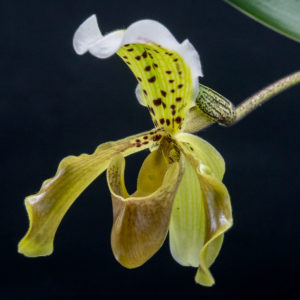 AEO is a way of seeing and experiencing orchids.  In our eyes, how you perceive your orchids is how you grow them …

Images created on the threshold of consciousness and form

Emails on orchid culture and growing areas with stunning photos